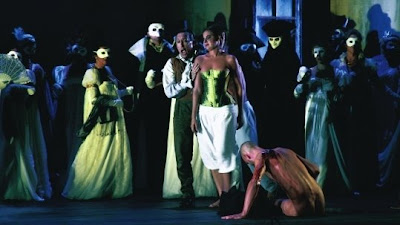 It is a very atmospheric staging, one of McVicar´s best. He succeeds brilliantly in capturing the essence of Hoffmann - provided one accepts his view of decadence and tragedy.

According to David McVicar, Hoffmann is an alcoholic and a looser. In the end, this Hoffmann simply dies, and the opera simply follows his death spiral. The imagery are slightly more glitzy aesthetical, but otherwise typical of David McVicar (Manon, Salome, Nozze, Rigoletto) portraying the fading elegance of a decaying society. On a related note, I though the naked muscular man with blood sprayed all over his back was a McVicar invention for his London Salome earlier this year. Not so. This man appears in the beginning of the Giulietta scene 5 years earlier in Salzburg...

Neil Schicoff is the perfect Hofmann for this sort of interpretation capturing the exact essence of desperation and tragedy as well as being vocally on top from. Accompanied by Ruggero Raimondi as the perfect villains, with the exact required undercurrent menacing presence. Vocally he may be past his prime, but not enough to make it matter: He still pulls of a scintillating Scintille Diamant. And looks excactly as I imagine the Villains to look.

Angelika Kirchschlager is quite simply the perfect Muse, here Hoffmann´s lover. As demonstrated by L´ubica Vargicová (surely one of the strangest names on the opera circuit) Olympia is not an easy part to bring off. Krassimira Stoyanova is a straight-foward, unsentimental and stylishly sung Antonia. And Waltraud Meier, though an unusual choice for Giulietta and slightly unusual sounding, nevertheless is entirely captivating as well as in fine voice.

My main reservation of this production, and unfortunately not a negligeable one, is Kent Nagano. Never the conductor of a dense romatic approach he choses a lighter reading, unfortunately not fitting David McVicar´s tragic approach, nor Offenbach´s sumptuous score.

Marjana Lipovsek, Kurt Rydl and Robert Tear had smaller parts in this much-too stellar cast not to warrant a DVD release....

As this is not commercially released, this obviously is no competition to the Carsen Paris DVD. 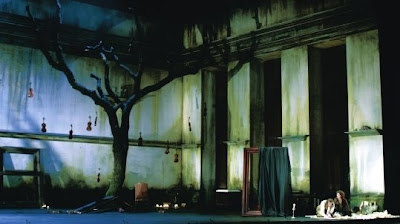 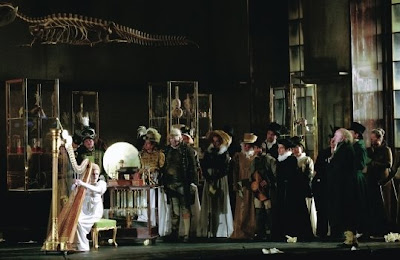 I have weak spots for Hoffmann, Kirchschlager, Schicoff, Raimondi, Meier, and McVicar. And yet I've never heard of this staging. Not sure if I should thank you for directing my attention to it - as it is out of my reach - arrgh!!
/anna

L´ubica Vargicová : the name appears strange because it should not really be an apostrophe right after the capital L, just a ' sign indicating a soft L (l mouillé).
This phonetic sound is much better rendered by the addition of a J (another way to transliterate it): Ljubica looks much less weird, doesnt' it, and the root (slave for love) becomes obvious. It can also be spelt with no sign at all, like here, for instance:

I wonder who would sing better Antonia today? Stoyanova is a perfect singing-acting soprano with nice creamy dark voice - perhaps unusual but amaising!

This production as done at the Netherlands opera is for sale on DVD at premiere opera. It is a good quality tape of a tv broadcast, and it has dutch subtitles throughout. I bought it a while ago and liked it a lot, but it would be much better to have a professional quality taping of it from salzburg with Meier et al. Cast at Netherlands opera was Powers, Delunsch, Hellekant, Claycomb...

What an unusual heard-breaking soprano is Stoyanova!
A rare phenomenon among the singing actresses today!
Salzburg must invite her more often on its stage!