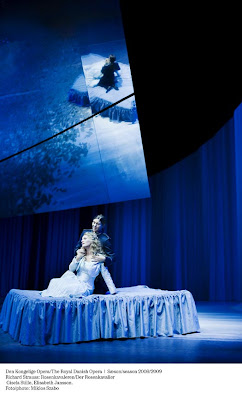 Rosenkavalier. Royal Danish Opera, Copenhagen Opera House. October 5th 2008. Production: Marco-Arturo Marelli. Cast: Ann Petersen (Marschallin), Gisela Stille (Sophie), Elisabeth Halling (Octavian), Lars Woldt (Ochs). Conductor: Michael Schønwandt. Further information here.
Marco Arturo Marello´s old Hamburg staging of Rosenkavalier opened the season at the Royal Danish Opera. Marello is as elegant as ever, however for those familiar with glitzy new Marello productions such as the new Vienna Capriccio, it is hard not to find this Rosenkavalier dusty. Even for those not familiar with aforementioned Capriccio, this Rosenkavalier is still slightly dusty. It is, however, elegant.

The central concept is the passing of time. The floor is almost perpetually in motion from right to left. In the beginning we see the Marschallin and Octavian in her bed placed right-side on the otherwise naked stage. And in the end, said bed reappears from the right- side, now with Octavian and Sophie in it. Full circle.

Marello makes the same choice as Robert Carsen did a couple of seasons ago in Salzburg when chosing between Viennese nostalgia or Viennese decadence: Viennese decadence it is, placing the Rosenkavalier around the time of it´s composition (1911), immediately before the outbreak of the First World War. Those not accepting that times are changing are left on the fringes of society. Such as Baron von Ochs.

Rosenkavalier, if any, is a conductors opera. As regular readers may have noticed, it is far from a favourite work of mine, however when the walzes truly lift off it can be an excellent experience.
It is hard for any of the four lead singers to completely ruin a Rosenkavalier performance. It is very easy for the conductor. In that respect Michael Schønwandt is first-rate, and I was astonished to learn that this was the first time he conducted Rosenkavalier. Everything in this piece seems to show off his strengths – he is a magnificent Straussian, as is the orchestra and he has the just right touch of elegant lightness to make Rosenkavalier sparkle.

Of the four leads, Lars Woldt (the only imported singer) as Ochs clearly was the best. A rather young Ochs, but he has the crucial low notes.

Next season will see a new Peter Konwitschny staging of Die Frau Ohne Schatten, undoubtedly a seasonal highlight for the Royal Danish Opera. 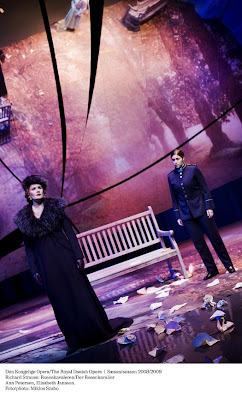 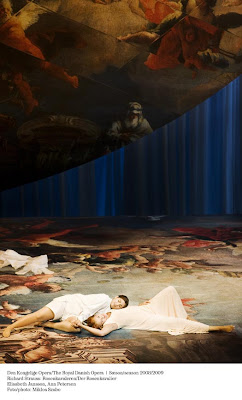