The 2009-10 Los Angeles Opera Ring will be directed by Achim Freyer and conducted by James Conlon.

Rheingold and Walküre opens Spring 2009. Three complete cycles will be given in 2010.

A website has been set up for the LA Ring with plenty of information.

75-year German director Achim Freyer, a former pupil of Bertold Brecht has worked with opera for 30 years, staging many world premieres. Freyer´s most important stagings may be seen here. One of Freyer´s greatest successes to date is Mozart´s Magic Flute, which he has reinterpreted for several theaters, currently on the schedule in Dresden.
Achim Freyer´s most recent staging was Eugen Onegin in Berlin ealier this season. In 2007 he staged the world premiere of Alice in Wonderland in Munich.

What to expect from Achim Freyer´s Nibelungen Ring?

I am relatively well acquainted with Achim Freyer´s work and the below Nibelungen Ring photos as well as the promotional video, a video from the Munich Alice in Wonderland and photographs from previous Achim Freyer productions including extensive Eugen Onegin photos (and review) will provide a reasonable idea. What one does not get from the photographs is the highly stylized movements of the singers, almost like string puppets, one of Freyer´s trademarks which I´d be very surprised if he didn´t continue for this Ring. 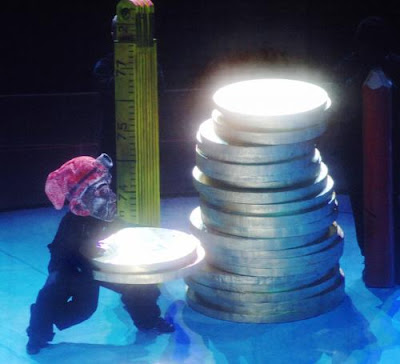 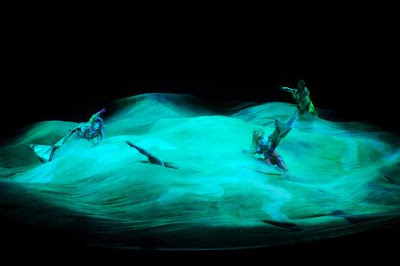 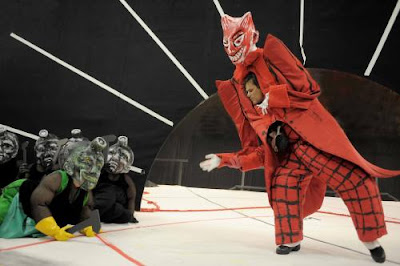 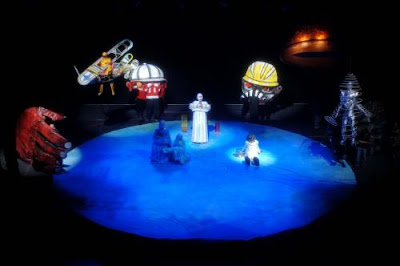 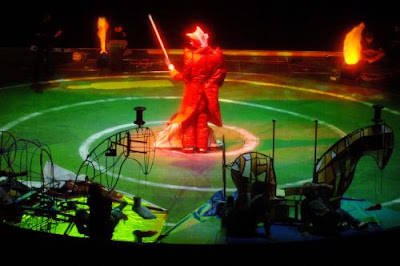 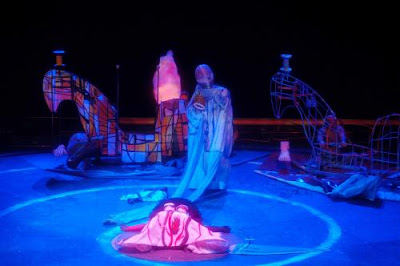 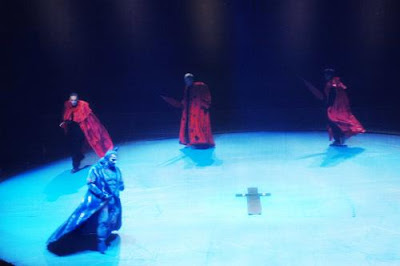 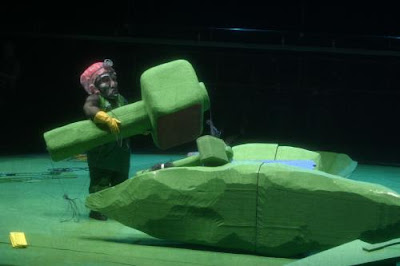 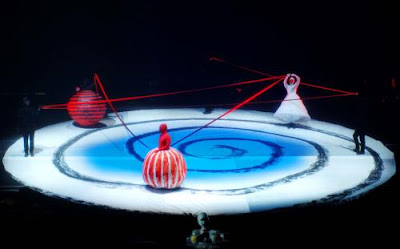 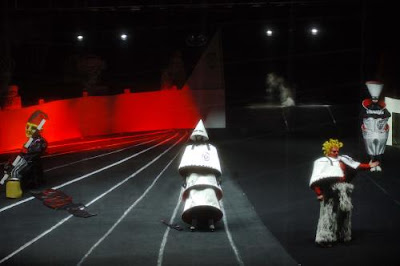 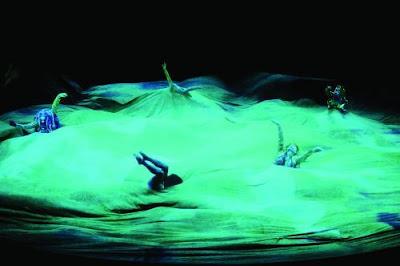 The biggest prize (in monetary terms) of the classical music world, The Birgit Nilsson Prize, awarding one million dollars to the winner was awarded for the first time, the winner being: Plácido Domingo.

The identity of the first winner was already decided by Birgit Nilsson before her death and has until now been kept in a sealed envelope. The prize will be awarded every second or third year, the winner from now on to be chosen by an international committee.

To be considered for the award: A male or female opera or concert singer, or conductor within the same area. Or a specific production for an opera company. 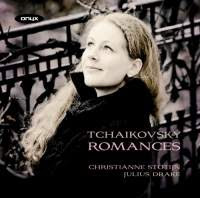 What genuinely places Christianne Stotijn apart from the vast majority of her colleagues is not fundamentally the voice. Though Christianne Stotijn´s voice is beautiful as well as first-rate, it doesn´t have the even, creamy beauty of colleagues such as Angelika Kirchschlager or Magdalena Kozena.
What she does have, though, is a genuinely unique expressivity based around a seemingly deep understanding of the text and musical structures. The myriads of moods and colours she applies to these Tchaikovsky songs are quite extraordinary, always emphasizing the words and clearly chosing expressivity over beauty of tone, when faced with the choice. 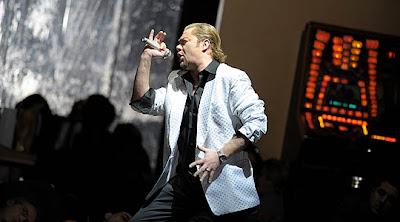 Initially we see Méphistopheles and Faust as Franciscan monks in front of a black wall, Méphistophéles covering his face from the audience. Upon being summoned by Faust, he initiates the action by activating a slot machine, after which a three-storey set inhabited with punk-look-alikes in a casino is revealed, Marguerite lying in her bed upstage.
Quite unusually, the music as well as the stage movements occasionally ceases only to begin when activated by Méphistophéles. In this rather boring white-trash environment including a procession of dophin masks (point unkonwn), Marguerite is easily seduced by a few pieces of fake jewelry supplied by Méphistopheles, now dressed like a catholic priest.

After the intermission things get more interesting when the choristers form a crucifix around Méphistophéles, now in seemingly Russian orthodox church regalia, in a rather effective church scene. Faust remains a passive character throughout, far too passive to kill Valentin, which Méphistophéles does for him. As Marguerite, covered in blood, displays the body of her dead child, she is substituted for a parade of hookers in the Walpurgis night and ultimately kills herself. Is she saved? I think not: Upon Marguerite falling lifeless to the floor on the empty stage, the stage walls are removed to display a dinner party, behind which Méphistophéles disappears with Faust. Theater within the theater, presumably.

Karsten Wiegand´s overall point being? I am not sure, though my first guess would be a statement against organized religion. Where this staging fails however, is with the characterization of the protagonists and though Wiegand has some interesting points, there is simply not enough dramatic tension to keep this the boat floating throughout. Not to mention a more stringent dramaturgy in order to understand what is going on without having to rely on programme notes etc.

The singers, however were first rate.

Marina Poplavskaya was announced as indisposed with a cold, but nevertheless sang beautifully with her dusky soprano and strangely intense stage appearance.

René Pape was not initially announced as indisposed (at his own request apparently), though he clearly should have been, strangely unfocused in appearance, dashing aimlessly around the stage, forgetting the text and entrances as well as occasionally intonating flat, something I have never previously heard from him. Furthermore his entrances and exits from stage seemed very uncoordinated, particularly in Act 2, though perhaps he left as he was unwell. Immediately after the intermission came the announcement that he was indisposed and needed treatment for "circulatory problems", but would continue after an additional 10 minutes. Indisposed or not, he remains a smashing Méphistophéles, though, knowing his usual standards, this was not his evening.

Much applause for Alain Altinoglu in the pit, the only intrinsic French element to this performance. He obviously has plenty of ideas with this score, though his shift in tempi were rather abrupt and lacked consistency. But the orchestra played well for him, though at times he was almost intolerably slow.

Exactly what version of Faust was played I am not sure, but it is one I have never heard before. Both Marguerite´s spinning wheel scene and the Walpurgis night was included, both abridged, however and by more than just the ballet. And several small spoken recitatives were included, as well as plainly spoken sentences within some of the arias, most notably Siebels.

I was surrounded by (as well as deafened by) very loud booers, and it is my clear impression that they won out, for what it is worth. 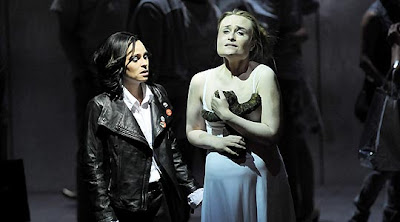 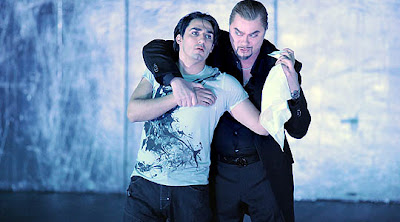 Photographs from the company website
Posted by mostly opera... at 19:32 12 comments: 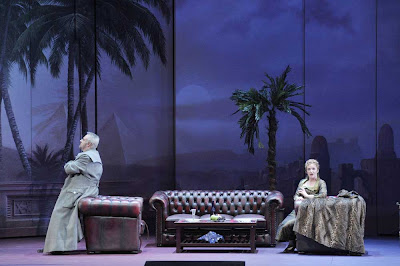 Apparently Richard Strauss and Hofmannsthal were surprised by the lack of success of Die Ägyptische Helena when it opened in 1928 at the Dresden Semperoper. From a musical point of view, its easy to see why as it contains some of Richard Strauss´ most glorious music, closely related to Die Frau Ohne Schatten. The action, however is too hopeless to be relayed here in detail (go here), however in brief: Helen of Troy and her cuckolded husband Menelaos have marital troubles, but are ultimately reconciled, helped by the sorceress Aithra. All while The Omniscient Mussel yells out prophecies and warnings from the sideline.

Marco-Arturo Marelli obviously has the major advantage that nobody really knows what this piece is about, thus the action as described in booklets is compared to Marelli´s vision as opposed to the other way around. Marelli, of the stylish Vienna Cappriccio, is equally stylish here, making efficient use of a revolving set, placing the action within three frames: The war of the past; Aithras world of the present, complete with faded oriental charm; and lastly, the fantasy world of Zweite Brauchtnacht with furniture turned upside-down. Very elegantly done. Complete with repositioning and cutting of a few scenes to make the action "believable for the public", in Marelli´s word.

As Helen of Troy, one has to be able to sing Strauss´ soaring tones as well as look like the most beautiful woman in the world. Ricarda Merbeth with her expressive, though slightly dry voice gets reasonably away with it, matched by a vivacious Laura Aikin as Aithra. Robert Chavin was indisposed as Menelaos, but fought his way through the evening. Finally, Andrew Litton succeeded in bringing out myriads of details from the orchestra in an elegantly subdued performance.

Clearly one of the best performances I have seen at the Deutsche Oper Berlin in recent years, if not the best. 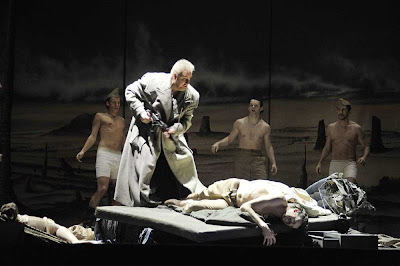 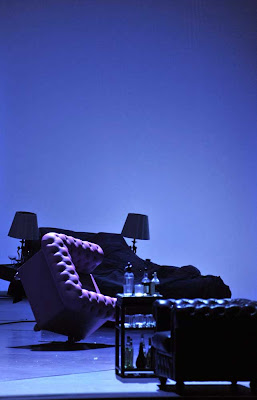 
Photographs from the company website.
Posted by mostly opera... at 17:30 3 comments:

Carmen on DVD: Shattering Antonacci and Kaufmann in 2006 London performance 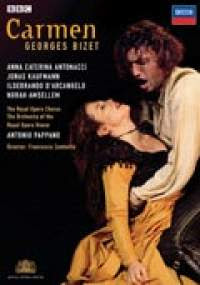 Director Francesca Zambello opted to create a "realistically desolate" production of Carmen for the Royal Opera in order to reflect on the every-day background on which the drama unfolds. And she succeeds admirably, presenting dreary, rusty simple sets and singers in period costumes. Admittedly, it could have been much worse. And indeed, with the cast presented I am inclined to not care about Zambello´s staging at all.

Ironically, most Carmen performances end up with plenty of praise for Micaëla and Escamillo, as more often than not Don José and Carmen doesn´t really kick it off. Oppositely here. Ildebrando D´Arcangelo looks great as Escamilla, but I don´t really take to his grainy voice. Same goes for Norah Amsellem as Micaëla, whose vibrato, though less obtrusive here than in the Berlin Carmen, really does her no favor. However, I am inclined not to care about these issues either as both Anna Caterina Antonacci and Jonas Kaufmann are shattering as the leads with stage chemistry and acting making this, by far, the best Carmen on DVD.

Anna Caterina Antonacci is not a mezzo-soprano and though her center voice lies higher than the traditional Carmen, she pulls both the cards scene and final scene off, vocally as well. Her stunning and completely involving acting is on a level of its own, places her Carmen in a league with very few members.

Jonas Kaufmann superbly portraits Don José´s change from obediant, rational soldier to a virtually insane man. Though Don José really is a whimp, Jonas Kaufmann avoids making him appear as such. Vocally, it does sound like he pushes hard for the top-notes, however Plácido Domingo has always sounded like this in his seemingly endless career.

Combined with a straight-forward engaged reading from Antonio Pappano, this is one of the most successful productions of the last decade for the Royal Opera.

Officially, the Metropolitan has announced the 2009-10 HD season: 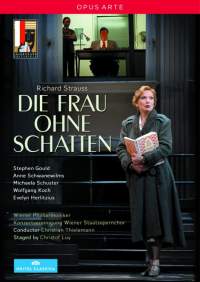 Gala concert of the 50th anniversary of the reopening of the Vienna State Opera (2005)
Leif Ove Andsnes - Ballad for Edvard Grieg 2007
The matchstick man and the Seventh door - films on Kurtag and Eötvös
Natalie Dessay - Le miracle d´un voix (2004)
Parsifal - the search for the grail. A film special with Plácido Domingo (1998)


Valery Gergiev with Prokofiev´s Scythian suite, Stravinsky and Debussy with the Rotterdam Philharmonics (1996)
Waltraud Meier - a portrait (2002)
Posted by mostly opera... at 00:02 6 comments: 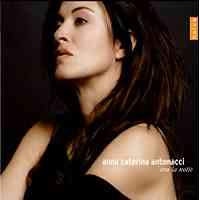 Such is the content of soprano Anna Caterina Antonacci´s as yet only solo-disc released in 2006. A soprano, of whom it is often said, that she should be experienced live to be fully appreciated. However, her performance on this disc is nothing short of superb, infusion life and commitment into every inch of this repertoire. Without selling short on vocal precision and intonation.
Not to miss is Monteverdi´s Combattimento di Tancredi e Clorina, where Antonacci takes the part of both lovers, who actually end up in mortal combat, not recognizing each other .

For early music lovers, this disc is a must. So is a new solo disc by Anna Caterina Antonacci, despite her recent successes, still vastly underrated.