Patricia Petibon shines in a new Rigoletto in Munich 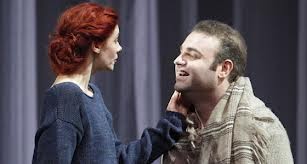