Rolando Villazon in Copenhagen: Definitely back on top with a superb performance 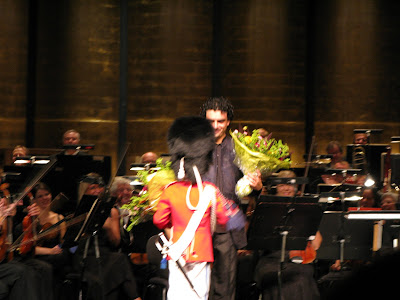 I have either heard or seen most of Rólando Villazón´s performances after his "come-back" this January - from his shaky Vienna Manon to his underpowered performance in Barenboim´s Verdi Requiem in February. Then a wonderful recital in March with Daniel Barenboim to be followed by him being severely overparted, but expressive as Don Carlo in London. Finally, in Salzburg last month he was much more vocally solid as Roméo, but still he seemed to tear rather heavily on his vocal substance...

However, based on Friday´s recital in Tivoli, Copenhagen, these problems seemed to belong to the past. Rólando Villazón was simply superb. Everything seemed to work for him - the top was rock-solid, even when force was applied, his intonation was faultless and he was completely in technical control. That he also appears immensely likable as well as expressive is not new. But vocally performance was simply the best I have yet heard from him..

He chose to sing a rather obscure selection (listed below) of arias from late-romantic Italian operas coupled with popular songs such as O sole mio, complete with some audience members waving with Mexican flags on the first row and several middle-aged women approaching the stage to give him flowers. An evening of popular opera, in the best sense of the word. However, the programming was also very intelligent on Villazón´s part giving him ample opportunity to show off his relatively dark voice and ability to maintain legato lines.

Rólando Villazón appeared with his frequent conducting partner Marco Zambello, who unfortunately wasn´t able to infuse much life into the orchestral interludes. Not that anyone came for their sake anyway.

A great evening with an exstatic audience of who´s who in Copenhagen and a well-deserved success for Rólando Villazón who looked genuinely happy and less maniacal than usual.

And the tickets: As this concert was reschedule of the concert he cancelled last August only 100 tickets were available this year and the ticket office claimed that none would be returned, at least not on the internet. This was of course not true - we bought four tickets the day before the performance on the normal internet booking site. What´s new? 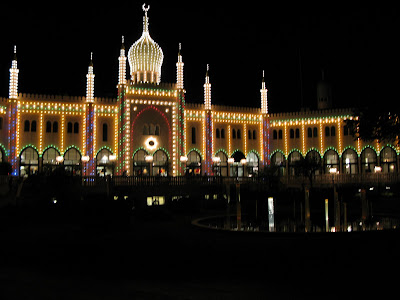 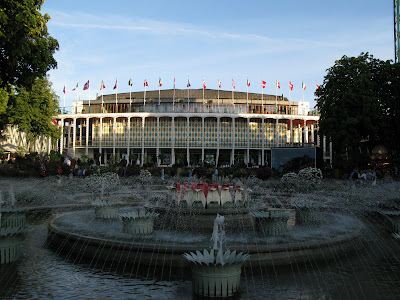 But he sadly had huge problems with the high notes that evening.

Do you really think so? I´ve never heard him have less problems with them, actually...

Who are Ponchilli and Ponchiello ? Are they relatives of Amilcare Ponchielli ?

Oh forget it....:) Have I ever claimed to know ANYTHING about bel canto??

2 years ago in Tivoli he sung a lot of high notes without any problems. This time it was embarrassing to hear the aria from Rigoletto and O Sole Mio. But at the same time he is a fantastic performer and you can really hear his soul in every note. Anyways I will still say - that he is not back on track yet.

OK I don´t necessarily disagree with you, since I have only heard him live from the start of 2007, where perhaps his voice was already strained. So I wouldn´t know first-hand how he sang earlier on in his career, such as in Tivoli 2006, but I thought he vocally was as good as on the previous DVD releases (Don Carlo from Amsterdam and Carmen from Berlin 2005) and vastly better than any of his other performances this year. And also better than his 2007 Berlin Manon-des Grieux, which I saw live and is just released on DVD.

But I do remember I thought that Rigoletto was a bit high for him and that he could have left that aria out, especially as he stated in the programme that the Duke was a part he´d never perform on stage since he didn´t identify with him.

I don´t doubt that the programme was put together to show the dark registers of his voice.

I am going to the premiere of Eugene Onegin in Berlin 3 weeks where Villazon sings Lenski, so I´ll report on his vocal progress...

hey! Grenada is an island in the Carribean! I dont know if the "poet" was dreaming about Grenada too, but he was definitely dreaming about GrAnada (tierra soñada por mi, mi cantar se vuelve gitano cuando es para ti). The Grenadines would be overwhelmed though if Rolando sang a song about their island!