The Bastille Opera is located in Paris and is the main stage of the Opéra national de Paris, the other stage being the smaller baroque theater Palais Garnier.

The Bastille Opera was inaugurated in 1989, designed by Carlos Ott and is one of the biggest stages of Europe with 2723 seats. Opinions on the design as well as the acoustics are varied.

Tickets are not exactly cheap, but relatively easy to come by and may be ordered via the company website. Standing room spaces are relatively good value located at the rear of the auditorium, available 90 minutes before performance start. The outline of the auditorium (see below) results in unrestricted visibility from all seats (as the auditorium is one of the largest in Europe, binoculars may come in handy for those on the third balcony).

The Paris Bastille Opera is ocated at the Place de Bastille, in the middle of Paris. 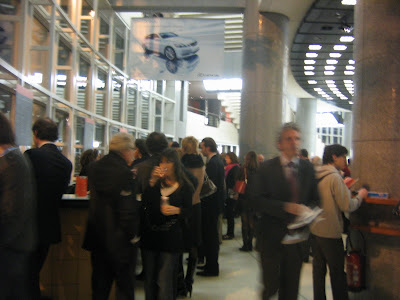 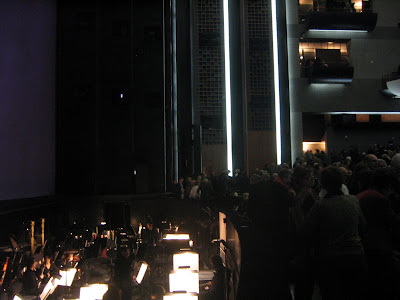 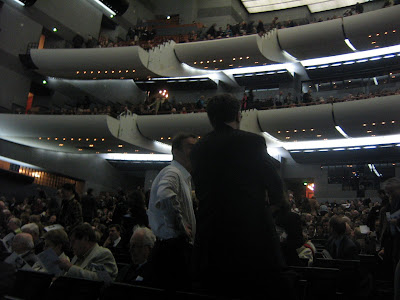 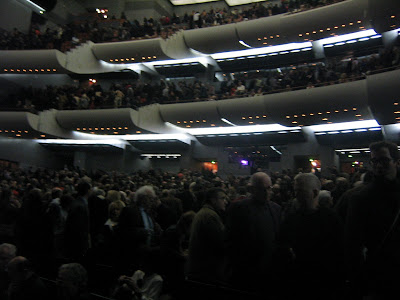 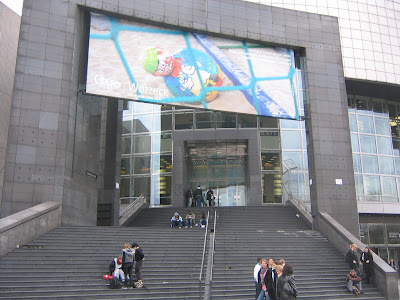 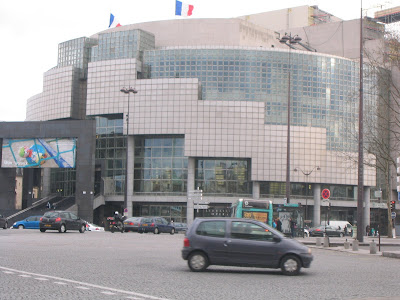 Above photographs from the Opera Bastille, taken during a performance of Parsifal, March 2008
Posted by mostly opera... at 22:40