The revolving sets of a pine-covered sauna approximation turned into a brothel with underwater images projected on the wall depicting Rusalka´s world. With the subsequent 180 degree rotation of the set we see the world of the Prince - a Christian church environment. Neither Rusalka nor the Prince belong in their respective societies.
Rusalka´s change into a human is symbolized by the shoes - from the swimming mermaid she turns into a stiff doll-like girl on far too high heels, clearly not belonging in the Christian environment of the Prince, who on the other hand happily roll on the floor with Rusalka to the horror of the wedding guests when she finally shows some emotion.
Another symbol is the toy cat, which Rusalka initially caresses before it grows into a giant cat probably symbolizing the pagean religion vs. Christianity angle. In the end, Rusalka throws the dead Prince away (I didn´t see what happened to the cross).
Ultimately, this production is not entirely successful, as these ideas, fine as they are, could have been transmitted to the audience with more clarity. In addition, in particular the Christian vs. pagean symbolism was handled rather heavy-handed. As a premiere without booing is no real premiere in Salzburg, the directors, of course, were booed. However, this production is entirely in line with previous work from the pair (such as their Ballo di Maschera in Berlin previously this season) and thus should not come as a surprise for anyone reasonably acquainted with recent trends in opera productions.

Finnish Camilla Nylund with the silvery soprano voice is an intelligent singer, who created a very fine Rusalka on her own terms: She never pushes her not particularly large and essentially lyrical voice and she is a very fine actress. Ideally, however she´d have more expressivity to her voice. She made a very fine contrast, dramatically as well as vocally, to Emily Magee´s Foreign Princess.
Lyrical tenor Piotr Beczala made a fine, lyrical Prince, a part he said he wouldn´t have accepted had Rusalka been performed in the larger Grosses Festspielhaus. Alan Held was a forceful Waterdemon and Eva Liebau also stood out as the kitchen-maid. Birgit Remmert seemed rather tame, perhaps intentionally, as Jezibaba. At this point I should probably comment on the czech interpretation of the protagonists, which I however will gladly leave to others.

Americans are loud. Is the Cleveland Orchestra also loud? was one of the intelligent questions Piotr Beczala was asked by an Austrian journalist. In fact they were not as they were very solid and sensitive. Exactly why Franz Welser-Möst received such massive applause I didn´t entirely understand either as they by no standards were spectacular conveying almost nothing of the sumptuousness of Dvôrak´s score. 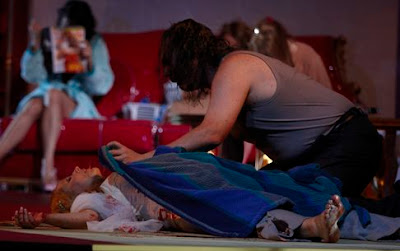 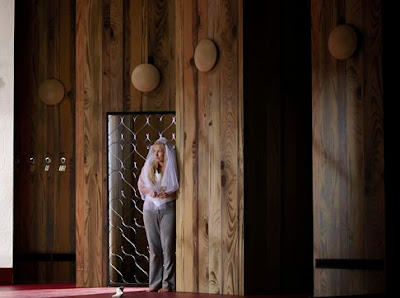 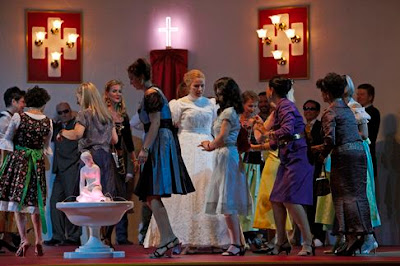 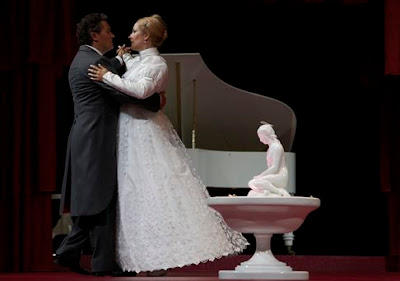 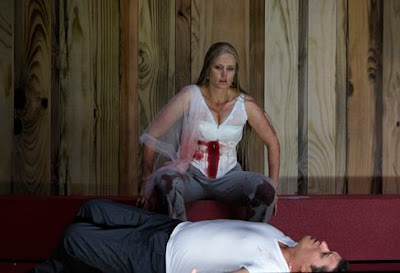 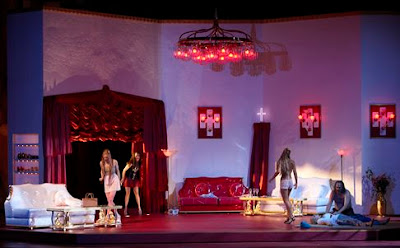 All photographs @ A.T. Schaefer on www. salzburgerfestspiele.at
Posted by mostly opera... at 12:27

I've only heard Nyland twice but as Salome and Elsa on those occasions. It does seem her voice is far too lyrical to be singing that kind of repertoire at all much less with such frequency.