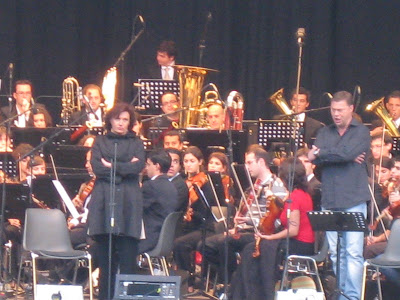 As a follow up on my previous post on Daniel Barenboim´s ill-fated concert in Copenhagen earlier this week, I´ll temporarily skip the chronology of my Salzburg Festival postings and report briefly from yesterday evenings concert with Daniel Barenboim and the West-Eastern Divan Orchestra in Berlin.

Daniel Barenboim looked completely his usual self during this concert, in which he presented the odd coupling of Mozart´s Concert for three pianos (an opportunity to show off some talented younger pianists, I suppose, and of which I don´t have anywhing further to say) and Walküre, Act 1 (of which I have considerably more to say).

Though I genuinely admire Daniel Barenboim for his efforts with this orchesta as well as in Middle-Eastern politics, for which I hope he eventually will be rewarded the Nobel Peace Prize, he has been walking a dangerous line with the West-Easter Divan Orchestra all summer, several times on the verge of sentimentalism, something rather unusual for him.
And the idea of playing Wagner at Hitler´s Waldbühne with a mixed Arab-Israeli orchestra strikes me of something along those lines at well. At least he didn´t make any speech here, no offence intended (or if he did, we left beforehand).

The West-Eastern Divan Orchestra plays more and more like a professional symphony orchestra. That said, it was obvious, they didn´t have much experience with Wagner, especially in the string section, which is heavily emphasized in Barenboim´s interpretation as usual.

Simon O´Neill is a rather fine Siegmund, he definitely has both the voice and the notes, but for him to be a great Siegmund he needs to work on his stage appearance. Furthermore he had absolutely no stage chemistry with Waltraud Meier (not necessarily his fault).

Waltraud Meier was in excellent voice as Sieglinde and my only real complaint about her is that she seemed to wear the same unflattering dress she also wore at the Barcelona Walküre previously this season.

And lastly, a piece of entirely unsolicited advice for René Pape: Since he repeatedly complains of being unjustly compared to the German Black Basses (I do agree with him), perhaps he shouldn´t be singing Gottlob Frick´s signature role? Hunding being virtually the only role apart from Hagen where you with some right could ask for the black sound, which he simply does not have. Furthermore, black sound or not, the part is too low for him. At least he didn´t seem to have wasted his time practicing it. That said, he was in absolutely glorious voice in what was hopefully his last Hunding in Berlin. 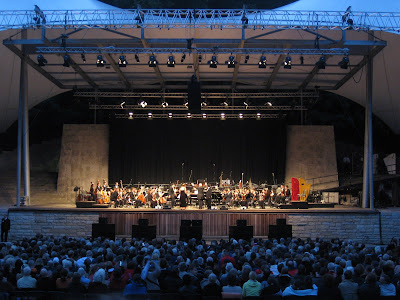 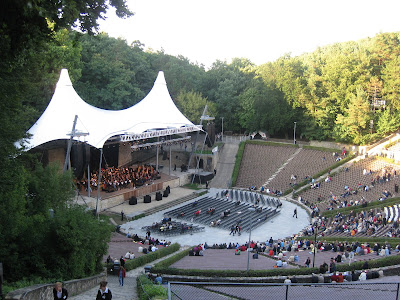 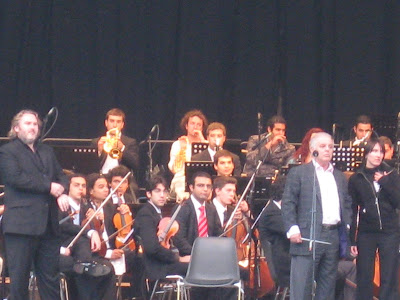 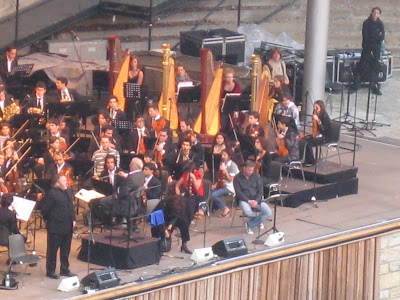