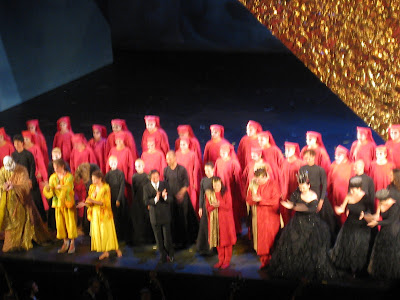 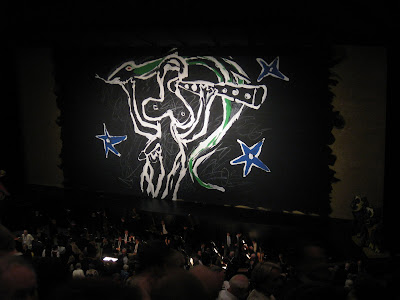 This is a revival of Pierre Audi´s Magic Flute production, originally from the Amsterdam opera and seen here in Salzburg for the first time in 2006, where it was also recorded and released on DVD.

I´m rather attracted to the African child-like symbolism of Pierre Audi´s production as I´ve described previously as well as the immensely beautiful lights and colours making this Magic Flute spectacular to watch.

René Pape´s more than 15-year old seasonal Salzburg subscription to Sarastro seems to have expired, and while Franz-Josef Selig may pull off a reasonable Gurnemanz, he clearly is not comfortable with Mozartean style and is in addition rather weak in both his upper and lower register although he comes off better live here in Salzburg as opposed to the recently released McVicar production from Covent Garden.
Genia Kühmeier once again demonstrated why she probably is the best Pamina in the world today: Entirely unsentimental with a beautiful, clear soprano as well as committed acting. Michael Schade is a rather more conventional (and not entirely young either) in the thankless part of Tamino. Markus Werba was funny without being ridiculous as Papageno and Albina Shagimuratova was an excellent Queen of the Night - hitting all the notes right on pitch, though her presence on stage otherwise was rather uninteresting. 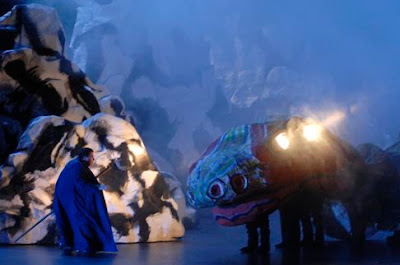 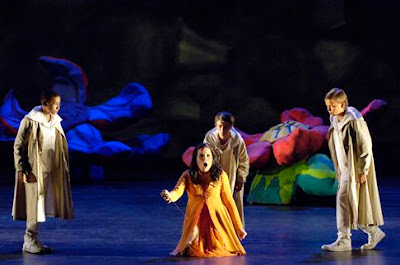 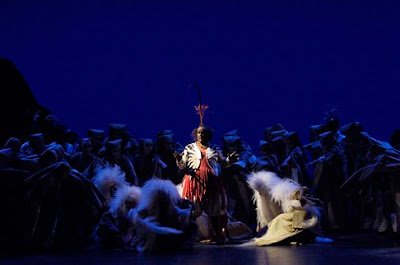 Isn't Genia Kuhmeier just amazing? I heard her just once in Athens and i was dazzled by her crystal voice!

She is. I don´t think I have ever heard a better soprano in this repertoire.