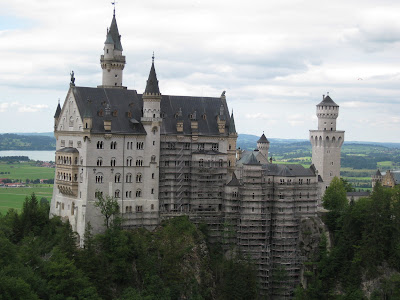 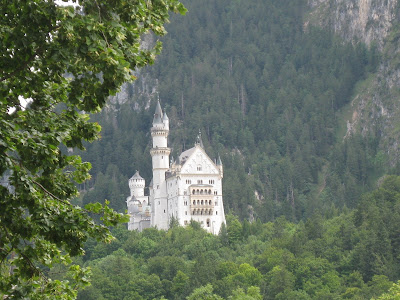 Located 385 km from Bayreuth (map here), few may consider this an easy daytrip, however the Royal Bavarian Castles of Neuschwanstein and Hohenschwangau (in a separate post) are a must-see - and with a heavy presence of Richard Wagner, as well. Driving time one way exactly equals Furtwängler´s 1955 Don Giovanni provided you do not take the wrong turn out of Munich on the way back... Now, who on earth would be so stupid as to miss the major E53 turn out of Munich to Nürnberg, the reader may wonder? Well, the answer to that question may be related to the driver scrambling around the car looking for a CD with Ezio Pinza and subsequently being to lazy to stop and look on the map, resulting in a 150 km detour...

To the point: Unless you have two days to spare and don´t mind waiting 3-4 hours in a queue, advance booking to visit these castles is essential. The starting point is the village of Hohenschwangau, hosting the castle with the same name as well as the ticket office. From Hohenschwangau castle it´s a 40-minute walk (or 15 minute horse carriage ride) up to Neuschwanstein castle. Both castles must be visited on a 35-minute guided tour. We booked a day in advance - got our visiting schedule confirmed by mail - and skipped the 4-hour queue in Hohenschwangau. In brief: The tourist masses are excessive. Traffic is completely anarchistic and hellish. However, we had no major problems.

Neuschwanstein (transl: The new Swan Stone - the castle of the Swan Knight Lohengrin) is probably the most famous castle in the world and Disney´s inspiration for the Sleeping Beauty Castle. This unfinished castle was build by Wagner´s patron, King Ludwig II, who wrote the following to Richard Wagner in 1868:
"It is my intention to rebuild the old castle ruin at Hohenschwangau near the Pollat Gorge in the authentic style of the old German knights' castles... the location is the most beautiful one could find, holy and unapproachable, a worthy temple for the divine friend who has brought salvation and true blessing to the world."

The location and exterior of the Neuschwanstein castle is indeed stunning. The interior somewhat less so, being rather heavy and dark in the set-up.
Everything is heavily inspired by the mythologic world of Richard Wagner with the astonishing presence of a Grotto (inspired by Tannhäuser) next to the King´s bedroom as well as the famous Singer´s Hall (also inspired by Tannhäuser). Several paintings refer to the Niebelungenlied as well as to the legend of Lohengrin and Parsifal. With the castle two-third completed, King Ludwig was arrested here in 1886, accused of insanity and was found drowned later that year in Lake Starnberg (just south of Munich) under mysterious circumstances.
Tannhäuser´s Grotto: 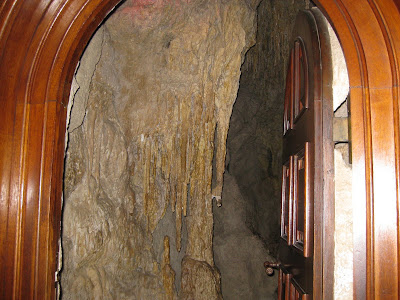 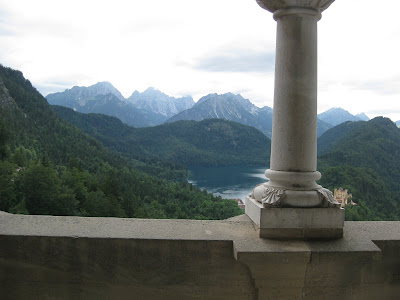 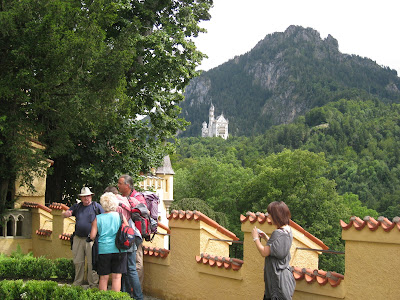 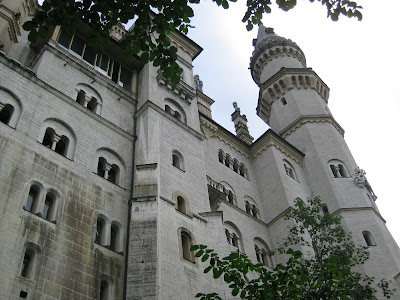 All very nice, but how could you miss Linderhof? As a Wagner fan you must see it.

I have twice at Neuschwanstein and this is one of the loveliest place I have ever been. The first time I visited also the grotto outside the castle, with the Lohengrin's swan on the lake. The second time, I did not have time to do it because the tight schedule of the organized tour. Both times, my visit included the wonderful Linderhof palace. So I agree with the previous comment. I have never visited the other castle.

I agree. Linderhof is definitely up next time.

Neuschwanstein is the best caslte in Germany
FANTASTIC !!!
http://new-swan-stone.blogspot.de/