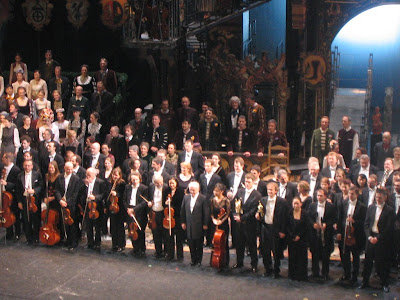 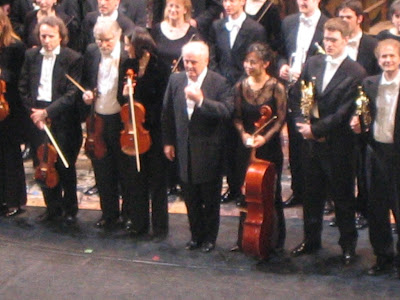 This is almost a replica of the Meistersinger performance I saw last week (same production, same conductor, same cast), so no reason to repeat my write-up from last week (see here).

The major difference from last week was the audience reaction: That James Morris was not booed this time, but instead received a deservedly warm applause. On the contrary one (only one) very loud person booed Dorothea Röschmann - really, what kind of person decides to stand up alone in a theater and just yell? It is completely beyond me.

René Pape was quite demonic as Pogner, the glances he shot at Beckmesser resulted in most of the audience fearing for their lives. Over-all Kupfer´s individual characterization of the Meistersinger´s is far more detailed than the group portrayal often seen, here with Sachs and Pogner firmly together and Kothner clearly following them, although he does not understand what is going on.

Nothing to say of Daniel Barenboim´s excellent conducting, that I haven´t said numerous times before, including at last weeks performance.

It was also interesting to note how much better the acoustics are when you are seated at the 2nd level of the theater, as opposed to the floor section. Especially since the tickets up there comes at a fraction of the floor ticket prize. 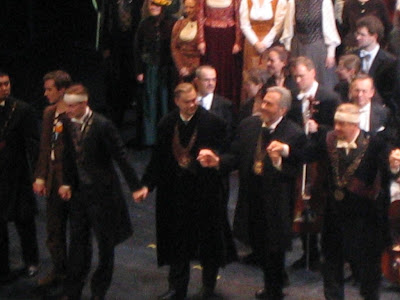 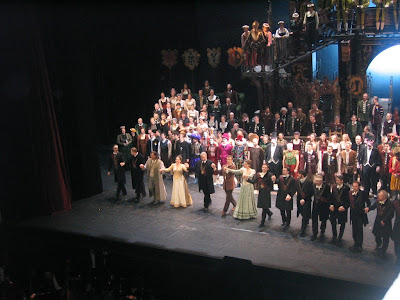