Bayreuth Festival 2009: Most of the tickets have been distributed by now... 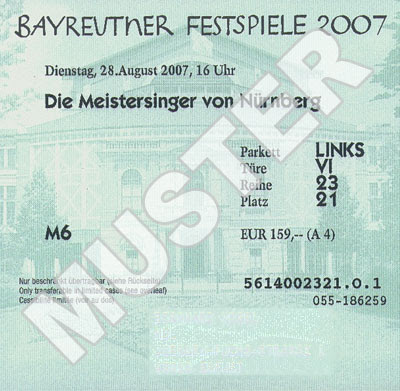 The majority of tickets have now been distributed for the 2009 Bayreuth Festival. So for those applicants who not having received ticket offers yet, chances are they will receive a polite refusal letter in January.

And remember: Contrary to official bulletins, it does pay off to phone the Festival box office and complain as both seats, numbers of tickets and obtaining tickets at all have been known to be influenced by personal callers. To a certain extent, obviously..