Alison Balsom on trumpet and Schönwandt with Beethoven 5 in Copenhagen 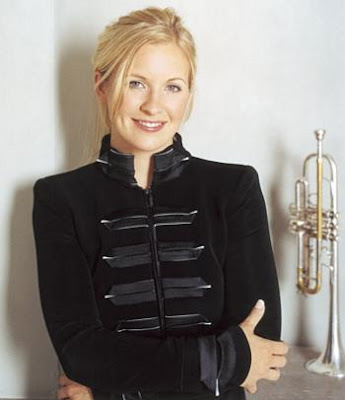 I suppose I´ll have to admit to being one of these "people-of-only-superficial-insight", who are influenced by glittery promotion and presentation of a classical artist: The first I heard (or rather saw) of British trumpeter Alison Balsom was on the cover of Gramophone, after which I heard her album Caprice, noticeable by a wonderfully clear and precise sound. And again, this is why I spend this evening at the Old Royal Danish Opera, where Alison Balsom was visiting together with Collegium Musicum (an orchestra made up by professional musicians from the orchestras in Copenhagen) and conductor Michael Schönwandt (Chief Conductor of the Royal Danish Opera). 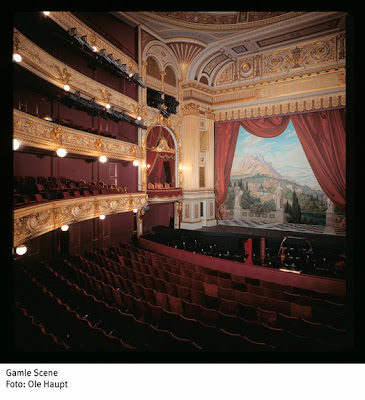 First of all, the Old Stage at the Royal Danish Opera (now primarily used to stage baroque operas) after the new Opera was completed a couple of year ago, is a wonderful concert venue. As audience, you are sitting quite close to the musicians and from many seats you have excellent views of both musicians and conductor.

Secondly, the program was very intelligently put together - starting with Jean Francais´ arrangement for orchestra of three piano pieces by Poulenc.
Alison Balsom then played as soloist (together with the orchestras English horn player) in Copland´s "Quiet City" and then in the trumpet concerto by Hummel. "Quiet City" is a very beautiful piece and Alison Balsom played beautifully on the trumpet contributing to the general mood of solitude and peace of this piece. Differently with Hummel´s classic trumpet concerto (written in 1903) - trills, runs and everything you could do with a trumpet these days were shown off. I have heard people supposedly with trumpet knowledge claim, that much more technically capable trumpeters than Balsom are around, they are just not exposed to the media as she is: If true or not-I don´t know - but she definitely has a cool stage presence combined with the essential "star quality". And judged in itself, the performance she gave tonight in Copenhagen, her technique seemed first-class to me. I could just have wished for her to be a little less restrained in her expressions at times - I had the feeling that she was not playing up to maximum all throught the concerto.
And then Beethoven 5 - no introduction needed. Schönwandt´s Beethoven is first-rate, and I would actually like to hear him conduct it with an (even) better orchestra (I actually have, but it is so many year ago that I´ve forgotten about it!). I had, based on his Richard Strauss conducting (which is genuine top-class) expected a more restrained, objective Beehoven from him, which, luckily, it was not. In terms of interpretation: He has excellent command of the long lines of the music and the overall dynamics, with a good drive in the string sections who do not, however make the center of the interpretation with Schönwandt but are nicely balanced with wooden wind and brass. In that respect, I didn´t think the brass section had an exceptionally good evening. But everyone in the audience, I believe, had. Wishing that even more symphonic concerts will be scheduled in the Royal Opera.
Posted by mostly opera... at 23:39