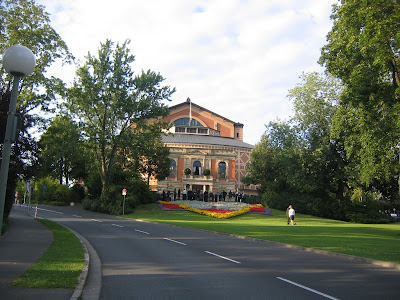 Unless you have a special parking ticket, you are not allowed to park your car in the large parking areas behind the Bayreuth Festival house. However, on the sides of the hill you may park for free on several smaller streets (named Wotanstrasse, Telramundstrasse etc.) 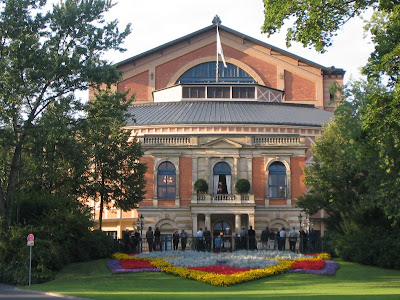 Looking down (from the balcony): 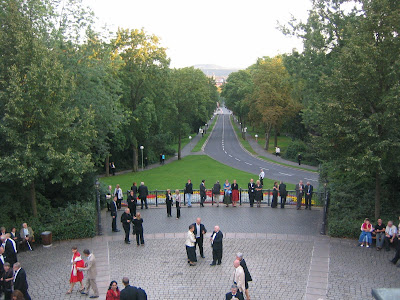 Hanging around the house while waiting in line for tickets: 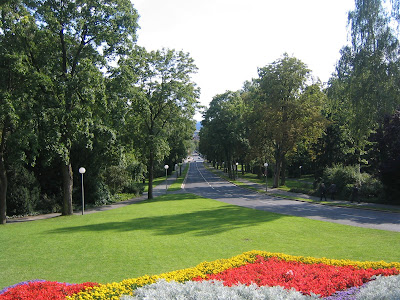 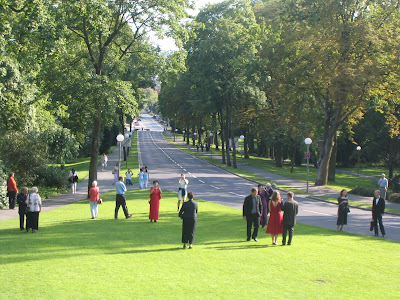 All intervals last 1 hour. A cafeteria and restaurant and several stalls selling bratwurst, ice cream, beer, champagne etc. are located just outside the Festival House. This system works very efficient and everybody got food and beers within 30 minutes. 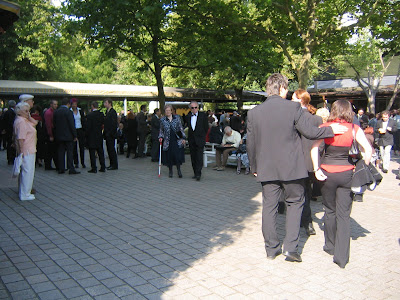 There is also a post office (with special Bayreuth stamps) and a record shop (possibly with the best selection in town). Facing the task of driving 12 hours to pick up tickets to Parsifal, I easily persuaded myself to buy this for the road.. 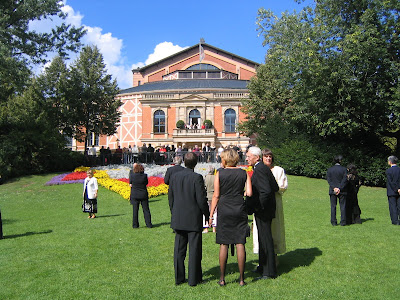 Taking a walk on the hill during intermissions: 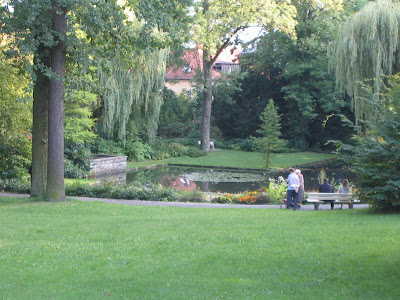 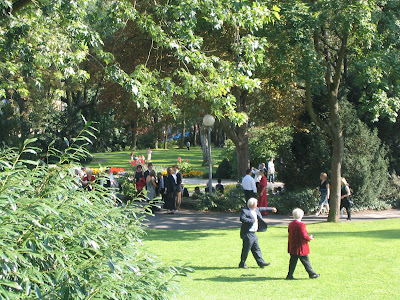 And looking inside the Festival house from the front entrance: 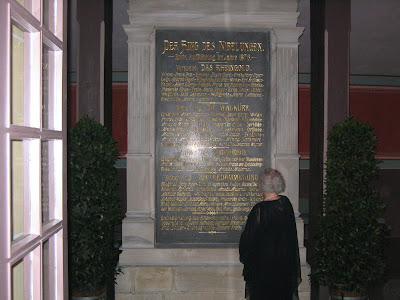 The auditorium is wooden, no air-condition. I suppose the wooden floor have not been renovated since Furtwängler last was here...The seats are hard (although a small cushion is built in) and reaches half-way up the back, and leg space is very limited (many people bring cushions – I didn´t bother to do so and had no problems). On the positive side the slope up the auditorium is quite steep, resulting in good views from almost all seats. And blue girls guard the entrances to the auditorium - they´ll let you out, but not in again until intermission. “If you really want to enjoy Wagner you have to be prepared to suffer” said to a spokesman for the Festspielhaus." Actually, it wasn´t too bad. I´ve heard from others than the auditorium can get very hot during performance, but temperatures were all right throughout for comfort.

I was sitting on the second-last row for the Ring and Meistersinger and the 18th row (there are 30 rows total) for Parsifal. Except for Meistersinger, where I had the outermost seat and there was a small corner of the stage I couldn´t see, I had unrestricted view in all the other performances. And despite me being rather small, the steep incline of the steps prevent the people in front to block the view of the stage. And the acoustics: Brilliant! 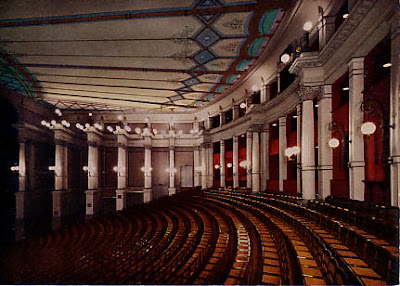 And the pit (photo kindly from ionarts): 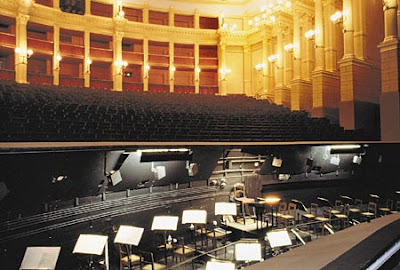 And the Plexiglas model of the pit from Villa Wahnfried: 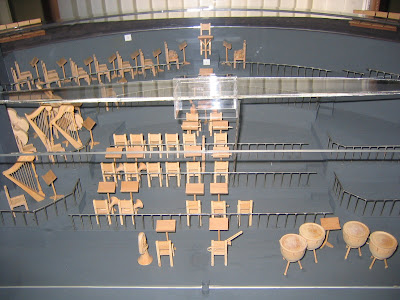 Once again thank you for these images especially of the hall and the pit.