We have now moved forward from the 1920´s of Rheingold to the conform and frozen 1950´s. Everything literally takes place within confined boxes- even Hunding and Sieglinde´s home only occupy a small fraction of the stage, which then turns around to expose a hill covered in flowers later in Act 1. Sieglinde is a nervous and insecure German hausfrau, but being part of a A Femine Ring she does manage to pull the sword and hand it to Siegmund.
We see Wotan in his command centre, on the bridge, moving around with casts of Siegmund and Sieglinde beneath him. On both sides of the stage the bookshelves are present, reminding us, that this is part of Brünnhildes recollection of her past. Not a man of action, Wotan does not kill the one Hunding on stage I´ve seen that truly deserves to die...
The emerging of Brünnhilde within a blue mist to warn Siegmund is one of the most beautiful scenes of the Cycle. Curiously the lights used to achieve this quite spectacular effect, according to Jesper Kongshaug (the light director), comes from one of the few artificial light sources stronger than the sun (!).
The huge black wings of the Valkyries are one of the easiest recognizable features of the production, with Wotan symbolically tearing them off Brünnhilde as she goes to sleep.

The Walküre Rock was loosely inspired by the cupula of the New Carlsberg Glyptotek (an art museum in Copenhagen), and (unfortunately for me, as I find it rather ugly) is to reappear virtually unaltered in both Siegfried and Götterdämmerung...

It was in this Walküre that Plácido Domingo appeared once in the new opera house in 2006 - apparently stepping into the staging without problems after virtually no rehearsals.
Originally Poul Elming was scheduled as Siegmund, but he pulled out at short notice due to illness and was replaced by Stig Andersen, who thus sang Siegmund and Siegfried both on stage and in the DVD production. Tina Kiberg´s lyrical (and better looking) Brünnhilde alternated with Iréne Théorin´s more dramatically inclined one. A mix of the best of these two interpretations would really have been something..Iréne Théorin will appear on the DVD, the right choice in my opinion. James Johnson created a convincing Wotan opposite Randi Stene´s elegant Fricka. Gitta-Maria Sjöberg´s Sieglinde I have seen only once (as both Iréne Théorin and Eva Johansson also appeared in the part) and remember very little about.

But the absolute highlight of this Walküre (and perhaps of the entire cycle) was Stephen Milling as Hunding. The meanest characyter I have ever seen on stage - perhaps with the exception of the late Aage Haugland, but nobody else even comes close... 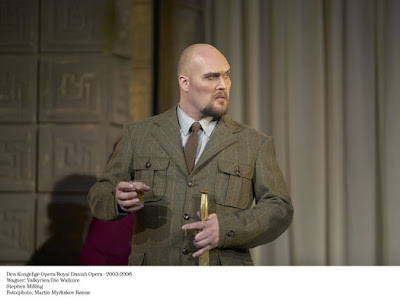 Sieglinde and Hunding´s house has turned 180 degrees to expose a flowery hill on which we see Siegmund and Sieglinde: 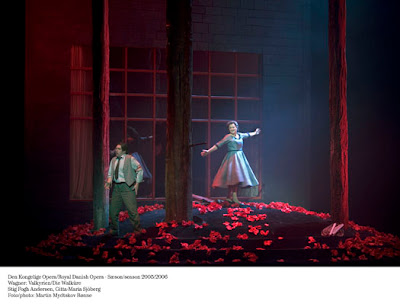 Wotan and Brünnhilde - at that brief moment where everything is going well (they believe).. 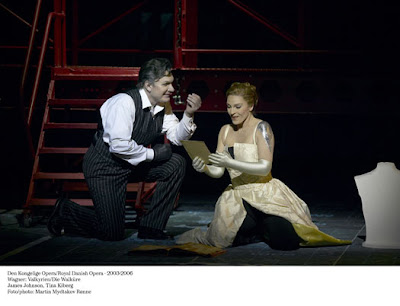 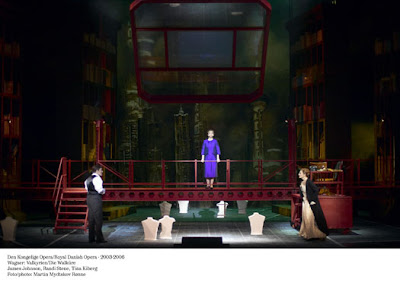 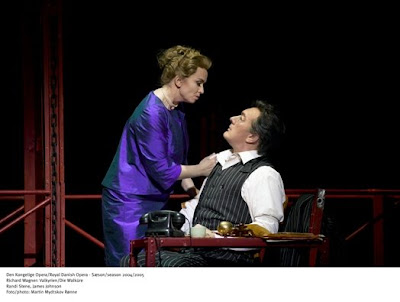 Brunnhilde in front of the casts of Siegmund and Sieglinde: 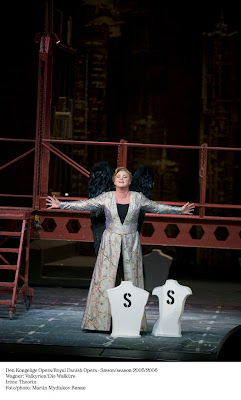 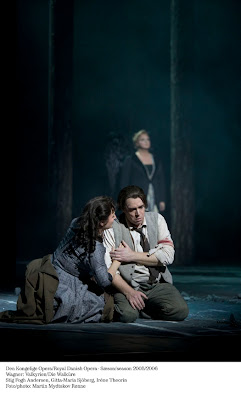 The appearance of Brünnhilde from the blue mist was one of the most beautiful scenes in the entire cycle. Note the bookshelves of Wotan´s attic at both sides emphasizing the whole cycle as a flash-back of Brünnhildes mind: 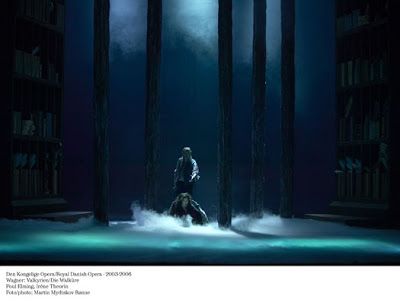 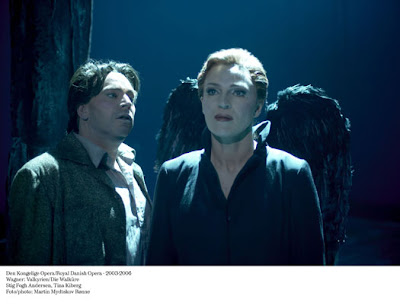 Modeled on the New Carlsberg Glyptotek we see the Walkure Rock - my biggest objection to the staging of the entire cycle as I simply finds it unattractive. Unfortunately it reappears in both Siegfried and Götterdämmerung: 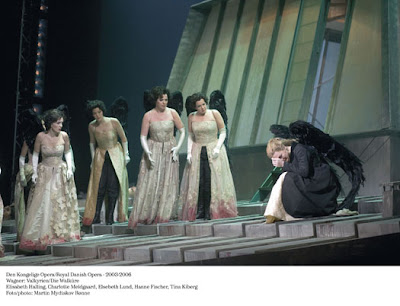 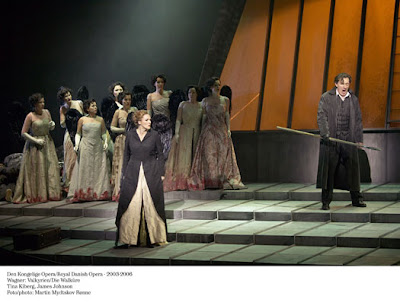 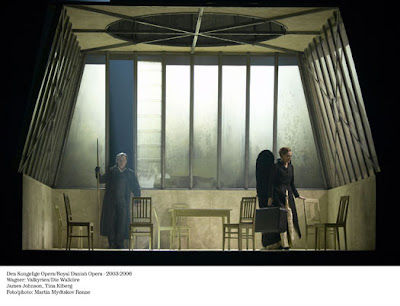 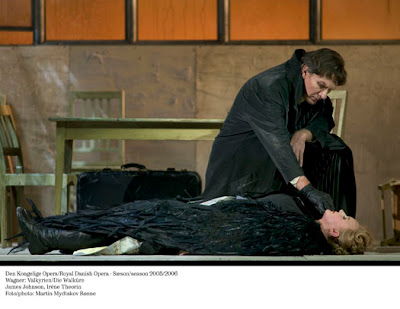 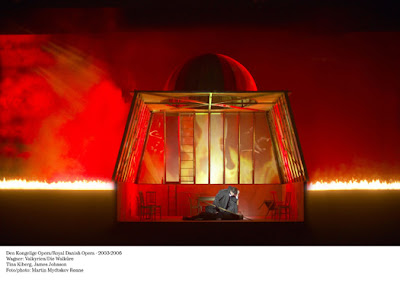 Photographs from the Royal Danish Opera and the website of The Copenhagen Ring.

I remember , during the first act, the trees didn't come down... They had to stop... It was my second experience of this kind. In London, the island of Naxos didn't consent to appear and, in the spirit of improvisation proper to ariadne, they played the opera in the settings of the Prologue (a kind of basement...).

BTW are you sure that Brunnhilde's rock refers to the Carlsberg Glyptotek and not to the top of Christian IV 's round tower ?

Yes, it´s the Carlsberg Glyptotek, though the photo I´ve linked to is not optimal. The round tower doesn´t look like that..

I'm sorry to insist (it is the last time on this subject) but is there not a structure on the TOP of the round tower that look a little like Brunnhilde's rock ?

... maybe you're right. I've found websites saying that it is the Glyptotek. As I am not danish, I will stop there. But I thought that choosing an observatory to symbolize Brunnhilde's rock was a good idea!

Well - in this case I am, since the set designer himself as well as the production dramaturg have stated in several interviews that the Walküre Rock was inspired by the New Carlsberg Glyptotek. They should know, presumably :) I have the links but they are in Danish...

There is a green round structure at the top of the Round Tower as well though.