In and around the Gran Teatro de Liceu, Barcelona 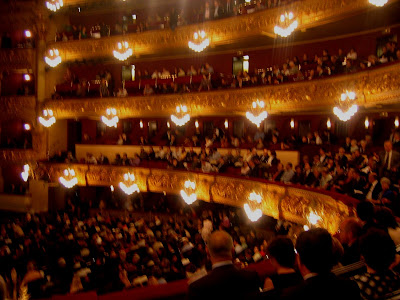 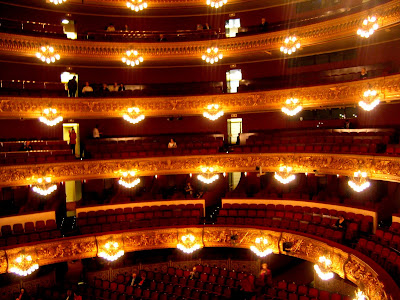 Located in the middle of Barcelona´s main street Las Ramblas, the Liceu could not be more centrally placed.

The main factors contributing to this success: The interior is kept simple and immensely stylish, mainly coloured in gold, dark brown and red. The danger of overdecoration has been keenly avoided. There are plenty of space between seats. A downside to the design of the auditorium supposedly is that the view from quite a few of especially the upper seats is less good, of which I don´t have first-hand information though, as my seat for both the performances I attended was very good.

Some practical information:
Ticket sales and season schedule via the company website.

Texting of the operas is in Catalán, a fascinating language to follow on the screen, often making use of full stops within actual words, such as il.limitat (taken from Wotan´s Walküre monologue- supposedly meaning limitless).

The opera house is located next to subway station Liceu, making transportation easy.

Barcelona is a late city. The performance of Walküre I attended started at 8 pm, thus finishing around 1.15 am, at which time the streets were still packed with people. Other operas finish earlier though..

Upon arrival to the Theatre your ticket is read by a subway-type ticket machine, and for those sitting in a box, access to the box is also upon introducing your ticket into an electronic reader in the door.

Below floor level is a café/restaurant and the ticket office as well as one of the most well-equipped music stores of any opera house, with plenty CDs of historic performances rarely seen elsewhere.

The mirror room - at the level of the balcony (here called: Amfiteatre) is exquisitely renovated and another place to go for drinks during intermissions.

Drinks are cheap - a glass of excellent white wine costs 3 Euro. (Half price compared to several other houses).

Generally, productions are of high quality (read: Updated, innovative and stylish). The Liceu relies extensively on co-productions, meaning many of the widely discussed productions from the last years have been seen here - Kupfer´s Ring, Konwitschny´s Lohengrin, Calixto Bieito´s Don Giovanni and Wozzeck, Willy Decker´s Boris Godunov and David McVicar´s Manon just to mention a few, which all have been released on DVD.

The Liceu Opera from the outside: 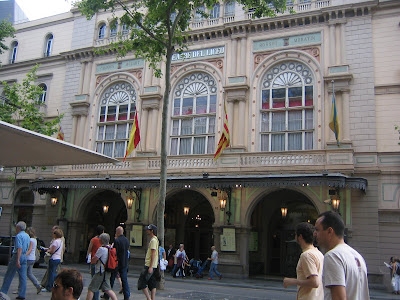 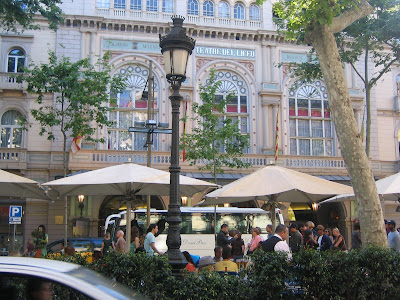 Looking down on the entrance: 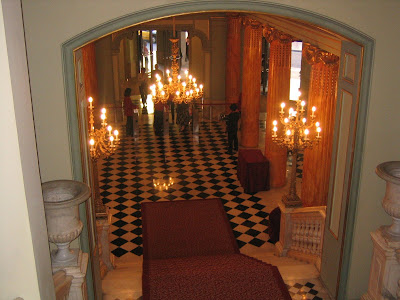 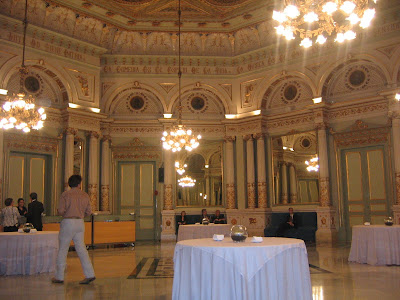 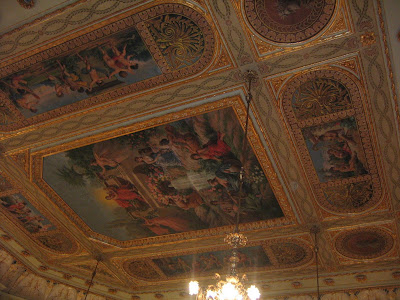 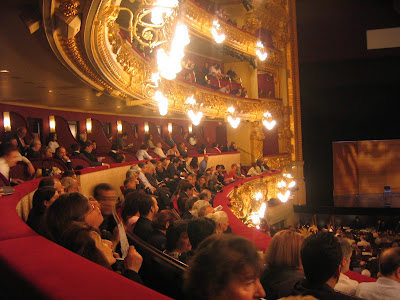 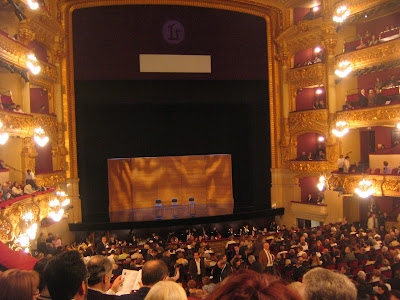 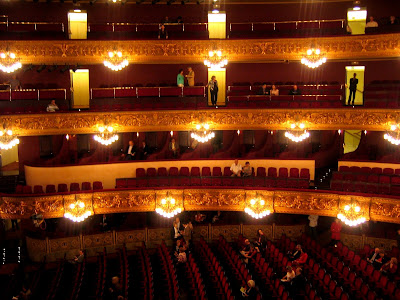 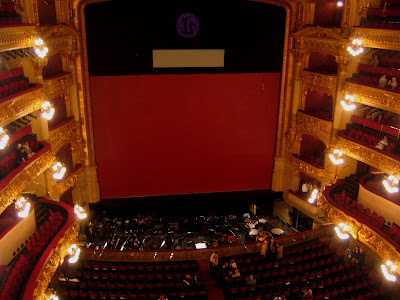 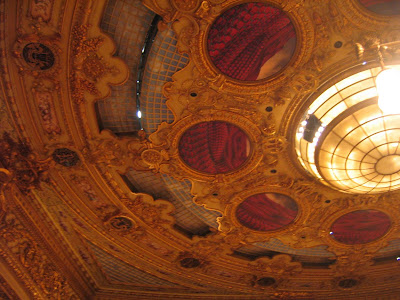 All photographs taken at performances May 2008 of Death in Venice and Die Walküre.

For those seeking reliable and updated information on the Liceu opera house, I strongly recommend to contact one of the three Barcelona-based regular Liceu-going opera blog owners below - all high quality blogs, very reliably informed, friendly and forthcoming with advice:
GLT torn T
In fernem land
Carlos, owner of the Anna Netrebko blog
Posted by mostly opera... at 15:38

Many thanks Mostly Opera, is very exciting for me this post devoted to the Theatre of my life.

I'm glad you like the opera house. It has a very special blend of new and old...

The mirror room and the entrance was untouched by the fire so they're the same...

You are so kind! I am also glad you enjoyed the Liceo.