We are now in the 1960´s. In 1968 to be exact. Mime´s house - a dollhouse - is horizontally divided into three levels - the basement, the living room and Siegfried´s room in the attic, complete with guitars and posters of rock stars.
Siegfried is the rebellious teenager and no hero, of course. A rebel yes, but very much the product of the society he rebels against. Mime is a mr. Smith, subdued, typing along on his typewriter, quite obviously not harbouring a healthy personality. I had expected to discover Sieglinde´s body in the basement, this does not happen however...
As seems to be the current trend among Ring directors (seen in both the recent London and the current and previous Bayreuth Ring), Hagen lurks around Fafner´s lair, while Wotan visits as the innocent tourist taking photographs around Neidhöhle (as he is not allowed to interfere, though he does his best to do so anyway).
Fafner, though completely harmless himself, lives underneath the ugly, deserted, chemical toxic wasteland he has created with the power of the Ring.
Who does the woodbird represent? Here the answer is Brünnhilde (my answer is Wotan, but I suppose that is besides the point..).

Wotan and Alberich are now grumpy old men, Wotan with an alcohol problem as well. In one of the best scenes of the Cycle, Wotan returns to Erda to realize that they both have grown old and time has indeed passed them by, but nevertheless he cannot let go, neither relinquish the power to Siegfried, though in the end he accepts the necessity to do so and breaks the spear himself. And already from the beginning it is obvious that the relationship between Siegfried and Brünnhilde does not last - as the imbalance in experience as well as the lack of free choice on the part of Siegfried is obvious from the start.

Stig Fogh Andersen delivered a superb performance both dramatically and vocally as Siegfried. Bengt-Ola Morgny also convinced as Mime (actually I don´t remember having ever seen a bad Mime). James Johnson continued as the Wanderer, while Iréne Theorin and Tina Kiberg split the Brünnhildes - again the more lyrical approach by Kiberg versus the more dramatical portrait by Théorin, the latter to be seen on the DVD. 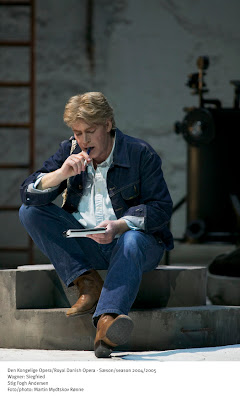 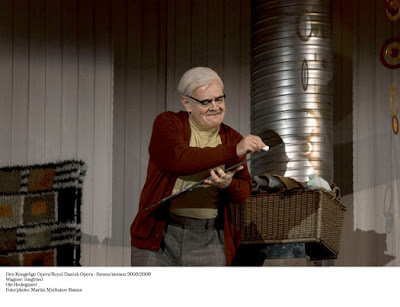 Siegfried in his room in the attic: 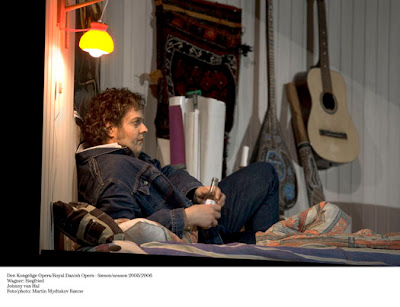 Siegfried asks Mime about his parents: 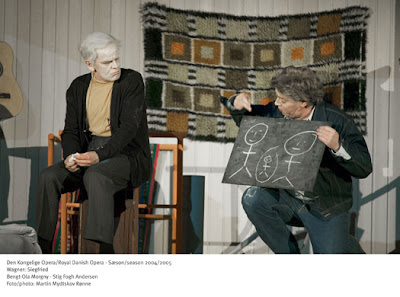 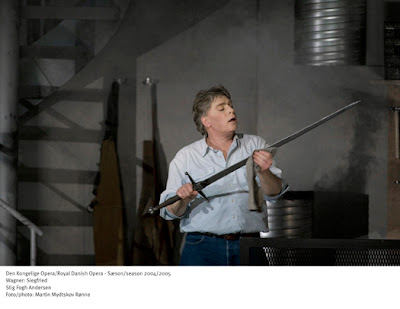 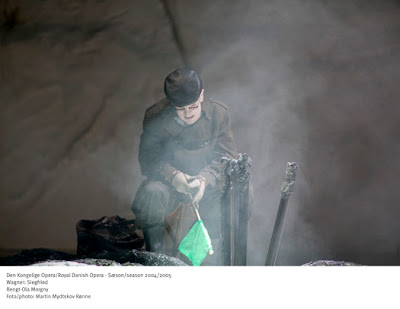 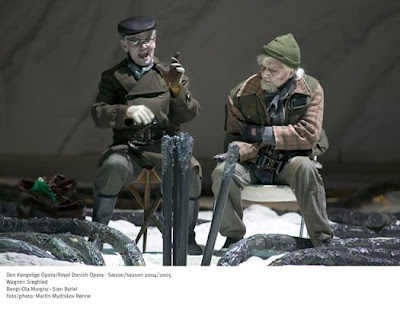 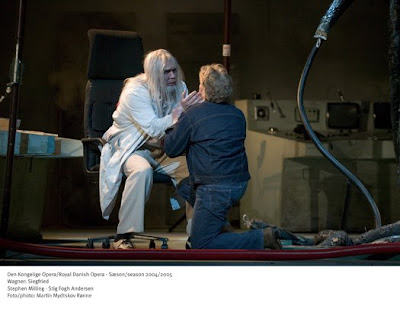 Wotan comes back to visit the ageing Erda: 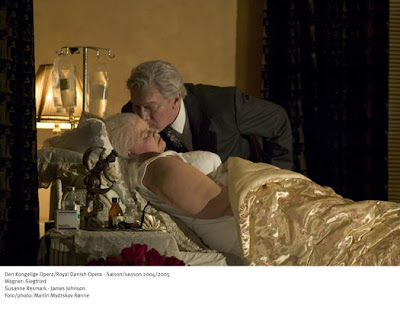 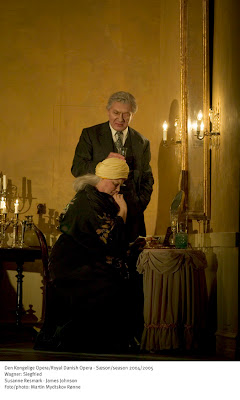 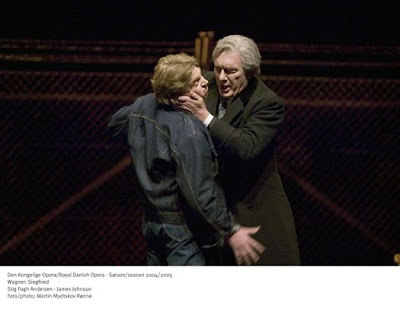 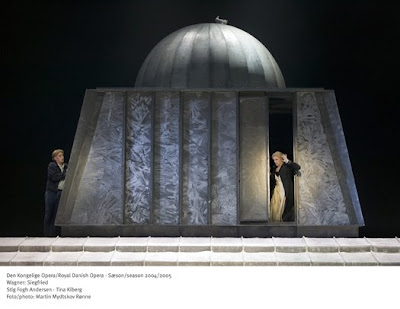 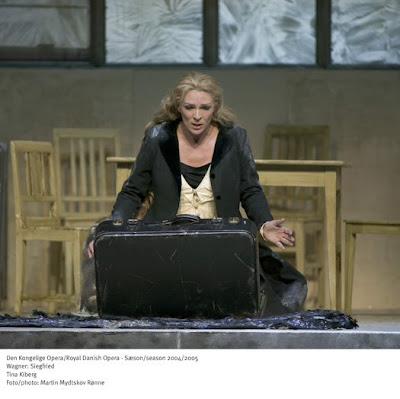 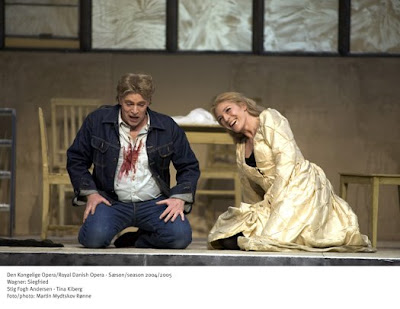 All photos from the Royal Danish Opera and the website of The Copenhagen Ring.
Posted by mostly opera... at 18:15