Walking around La Scala with a camera.... 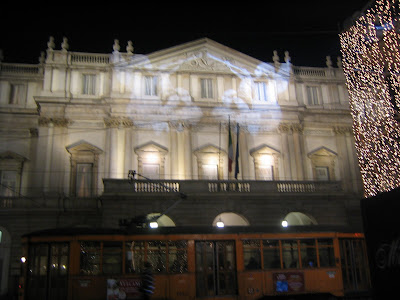 Above: La Scala opera house, Milano taken a few minutes before this performance: 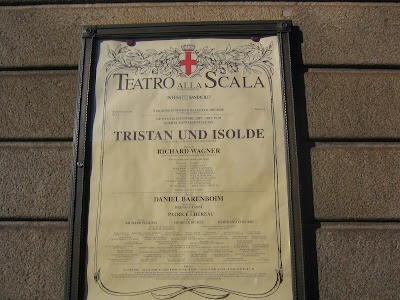 Walking to the opera through the Galleria Vittorio Emanuele II: 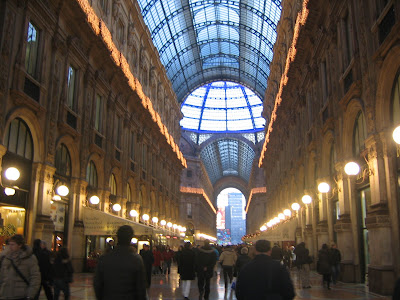 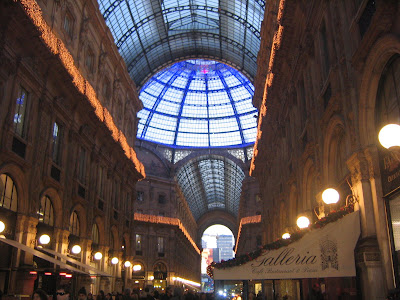 Piazza della Scala with the opera house in the background around midday: 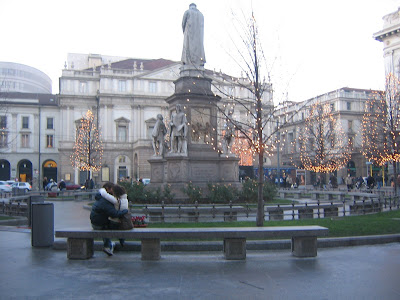 Piazza della Scala seen from the Opera with the entrance to Galleria Vittorio Emanuele II in the background: 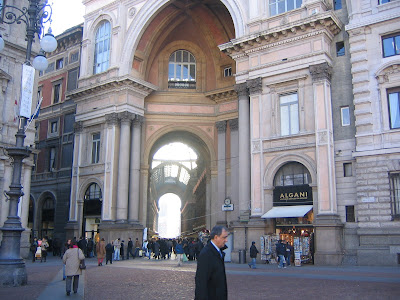 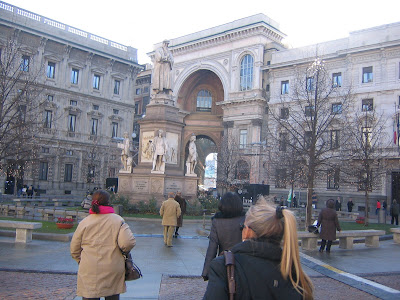 And the mighty Milano Cathedral, only five minutes away by foot: 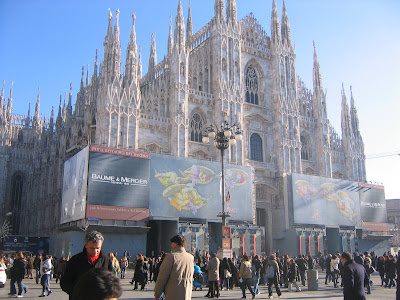 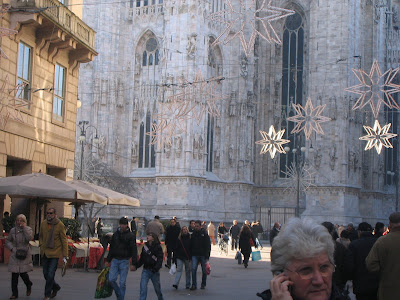 Busking in the shadow of the Cathedral: 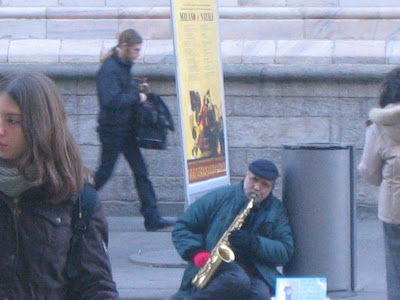 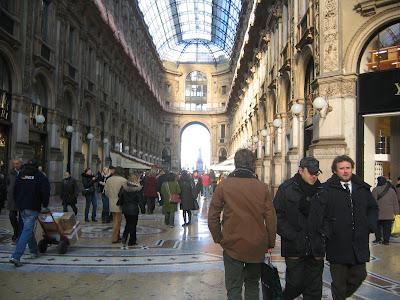 And, below the Scala Opera around noon. The sense of history around this house is unlike anything I´ve experienced before, possibly equalled by the Vienna State Opera.
Next to the opera is a small museum, through which you may enter one of the balcony boxes of the Scala Opera: Only when I saw the theater workers mounting the sets for the first act of Tristan at 3 pm in the afternoon of the performance, I became entirely convinced they would actually be playing..The records shop within the actual opera house is excellent and displayed several items I have not seen anywhere else, particularly by historical singers associated with La Scala.

And the inside of the theater: Beautifully renovated (in 2002-4) with some excellent seats, particularly in the stalls section. However, the ticket prices for quite a few of the seats in the second (and third) row of the boxes with visibility close to zero and extremely uncomfortable seating pods are far too high considering the inferior quality...And like everywhere else in Italy you have to queue twice at the Bar: Once for paying at the counter and then again fighting for the attention of the bartenders to actually get served. But all are very polite indeed! 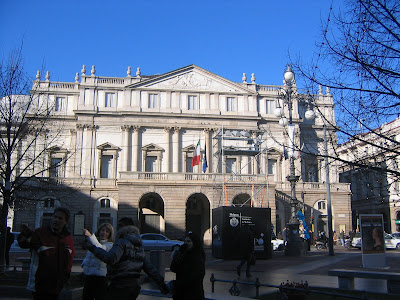