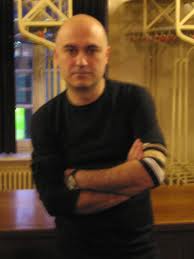 Born 1962 is Mirande de Ebro, Spain. Refers to himself as Catalán.  Education: History of art and philology at the University in Barcelona. Afte he worked as an apprentice with ao. Pete Brooks, Old Vic Theatre School (Bristol). Biographical details here. Extensive biography in Spanish here.

Directorial approach: Very contemporary, often describing characters living on the edge of society in stagings often including nudity, sex and violence.  At his best, his productions are both aesthetic and with a distinct and quite unique contemporary feel.

Major achievements in opera: Breakthrough beginning of the 00´s with highly controversial stagings of Ballo di Maschera and Don Giovanni in Barcelona and London. Other notable stagings include Carmen (the best production on DVD, in my opinion), Wozzeck (also top choice on DVD) as well as Entführung from Seraillet set in a brothel (Komische Oper Berlin 2009).

Ballo in Maschero, Copenhagen around 2003 (seen but not reviewed)