Berlin: Fascinating production of The Magic Flute in the subway 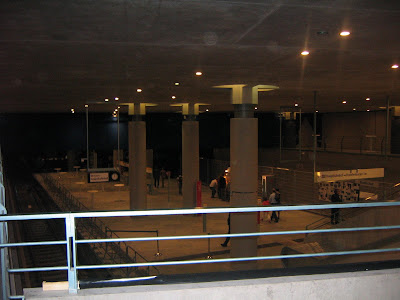 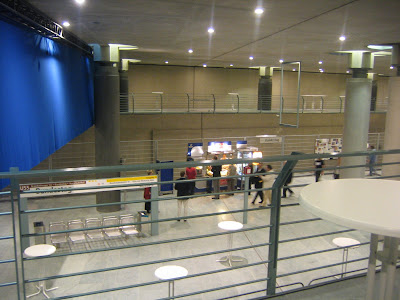 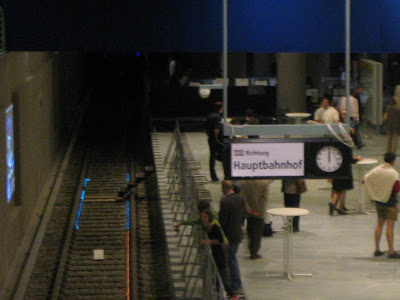 The concept for this production of the Magic Flute is fascinating: The location is the new subway station Bundestag, not scheduled for use until 2009, located in the center of Berlin next to the new Parliament (Bundestag in German). The concept apparently is evolving around the subway being the center of an expanded web/labyrinth of the city and is directed by Christoph Hagel, previously associated with similar events in Germany.
The ”auditorium” is in fact the entire railway station (see photographs below), the rail tracks on one side filled up by seats – on the other side the tracks serve as entry and exit points for the various characters. No decorations are present other than the original subway interior complete with vending machines, directories etc. 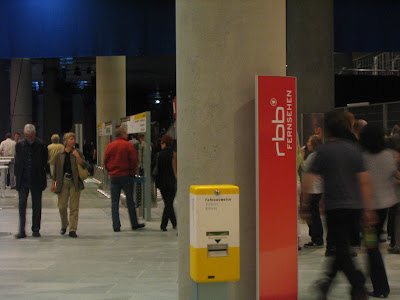 The updated and rewritten story goes as this: We are in a subway (!) in present day Germany, as indicated by the rewritten contemporary dialogue including jokes about Angela Merkel etc. but with Tamino seemingly arriving from the past. Several of the arias were re-texted as well, but I didn´t understand what they were actually singing. In brief, Pamina is apprehended by railway officer in a break during the overture and led to Sarastro (a businessman?). Papageno is a punk-type living within the subway station where the Queen of the Night (and other characters apart from the three boys, who arrive on skateboard) appear from the railway track. In the end the Queen of the Night with followers are swallowed by the railway.
Not only is the production set in a subway station, it also successfully manages to involve the subway and subterranean city life in the staging concept. One may argue whether jokes about Angela Merkel are really funny in this setting. Personally, I don´t think so, but clearly a large part of the audience thought otherwise.
The primary reason to see this is the concept and atmosphere of actually being in the subway. That said, particularly the performances of Tamino (which I belive, based on the picture in the programme, was sung by Michael Müller, but no information was available regarding which of the alternating cast we heard), Monica Garcia Albea (Pamina) and Sascha Borris (Sarastro) were good. Also well played by 30 members of the Berliner Symphoniker, located at the far end of the subway station, halfway hidden behind concrete pillars with the conductor pacing back and forth on the platform to coordinate the singing with the orchestra. All singing and dialogue was amplified, probably a necessity due to the acoustics of the place, which were expectedly not of ordinary opera house standards.
That better performances of the Magic Flute in terms of strict musical quality may be heard both in Berlin and elsewhere seem besides the point here and does not really detract from the unique concept and experience, which makes this well worth seeing. 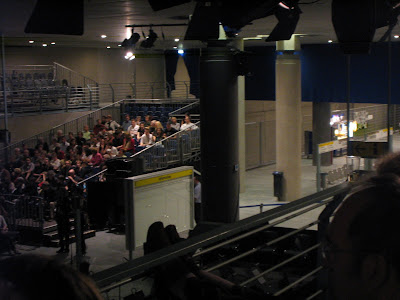 Tips for those planning to attend any of the performances: Gallery left side tickets are located right above the rail tracks where characters are entering and exiting – it seems better to opt for the right side gallery. There is free seating in the galleries and the entrance opens approximately one hour beforehand. It is quite warm inside – no need to bring additional warm clothing. 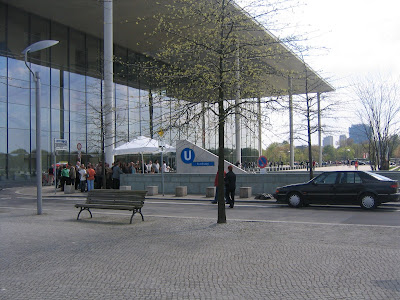 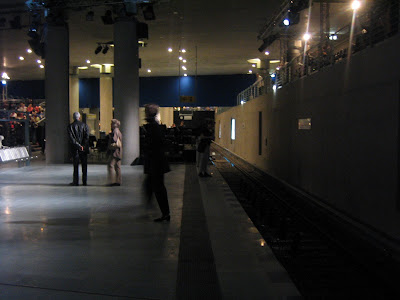 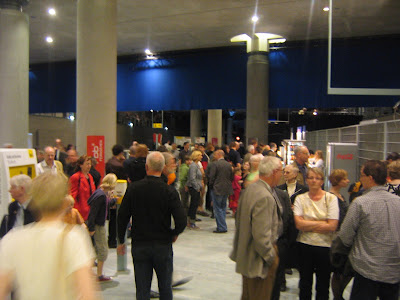 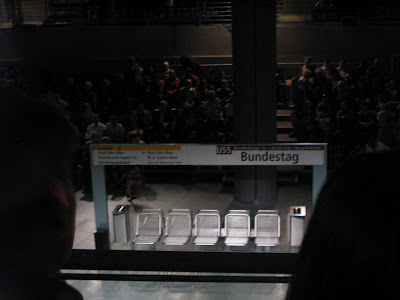