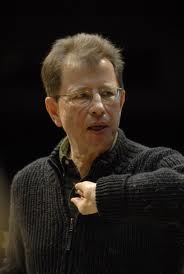 German opera director. Born 1939 in Hannover. Studied theater and art in Munich and was Dr. Phil. in 1962. For the next 10 years he was (the last) assistant to Wieland Wagner in Bayreuth and after Wagners death assistant at the Metropolitan Opera.

Directorial approach: Simplistic, aesthetic often with contrasting colors and dominating geometric lines. Abstract and classic in the outlook, at times occasionally static, the inspiration from Wieland Wagner shines through.

Major achievements in opera: Opera debut (and breakthrough) 1972 with Die Frau Ohne Schatten in Paris (with Karl Böhm). From then on he continued to stage his production in most major houses, such as the Nibelungen Ring 1983-5 in San Francisco and 1987 in Munich.
Closely associated with Glyndebourne for more than two decades he was important in the Janacek revival with stagings of Katia, Jenufa and Makropolous Case in the beginning of the 1990´s. Salzburg debut 1990 with Idomeneo
He has never been a fully accepted "member" of the German Regietheater school, perhaps due to the timelessness of many or his works.
Throughout his career he has had a close artistic collaboration with Anja Silja.

His Parsifal production (on DVD from Baden-Baden 2004) takes place in a post-nuclear apocalyptic wasterland, is widely reknown and has been seen in several houses (San Francisco, Chicago, London, Baden-Baden, Barcelona):


Die Gezeichneten, from Salzburg in 2005. Stunningly beautiful and one of his best stagings:

Tristan and Isolde, the first Wagner production ever to be staged in Glyndebourne in 2003 was widely acclaimed, on DVD as well:

None at the moment.