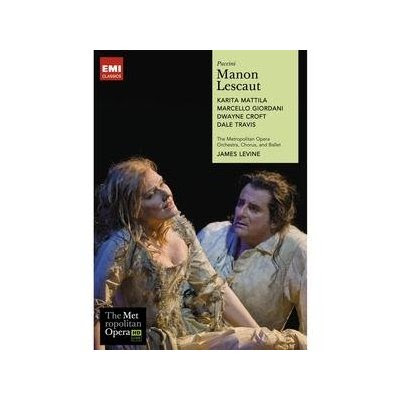 Not a production adding to Peter Gelb´s image of The Met as a modern opera house, this Manon Lescaut looks mostly like the dusty interiors of a museum, and by the way has already been released on DVD decades ago with Plácido Domingo and Renata Scotto.

As Manon, Karita Mattila pretty much misses the boat sounding downright odd in her normally brilliant middle register, though once again demonstrating astonishing range of expressivity, particulary in an entirely convincing "sola, perduta, abbandonata". Partnered by committed, though perhaps not particularly elegant, singing from Marcello Giordano and a solid performance from Dwayne Croft was as voice as Manon´s brother.

All accompanied by a dynamic and spirited performance by James Levine.

And now The Met could use a new production of Manon Lescaut. Please.